Ngwom is a community under Mafa Local Government Area Borno State. It is located 18km away from Maiduguri the capital of Borno State and it has an approximate population of 2800. The community was displaced and destructed by Boko haram in 2014, where the members of the community relocated to Maiduguri as Internally Displaced Persons (IDPs).

In 2018, the community was reconstructed and resettled by United Nations Development Programme (UNDP). Due to the nature of the ecology and the destruction the area is devoid of vegetation/trees, thus making human habitation unsuitable.  After the resettlement, on Friday 17th of August 2018, ACCREC Maiduguri collaborates with UNDP and launches a mega tree planting program at the community where 250 (neem 150, lemon 50, black current 50) seedlings of different variety of trees were distributed and planted within the community.

The visit was to pay a homage visit to the head of the community, inspect the trees planted in 2018 for the community and also flag off another tree planting, awareness, and sensitization campaign in the community. 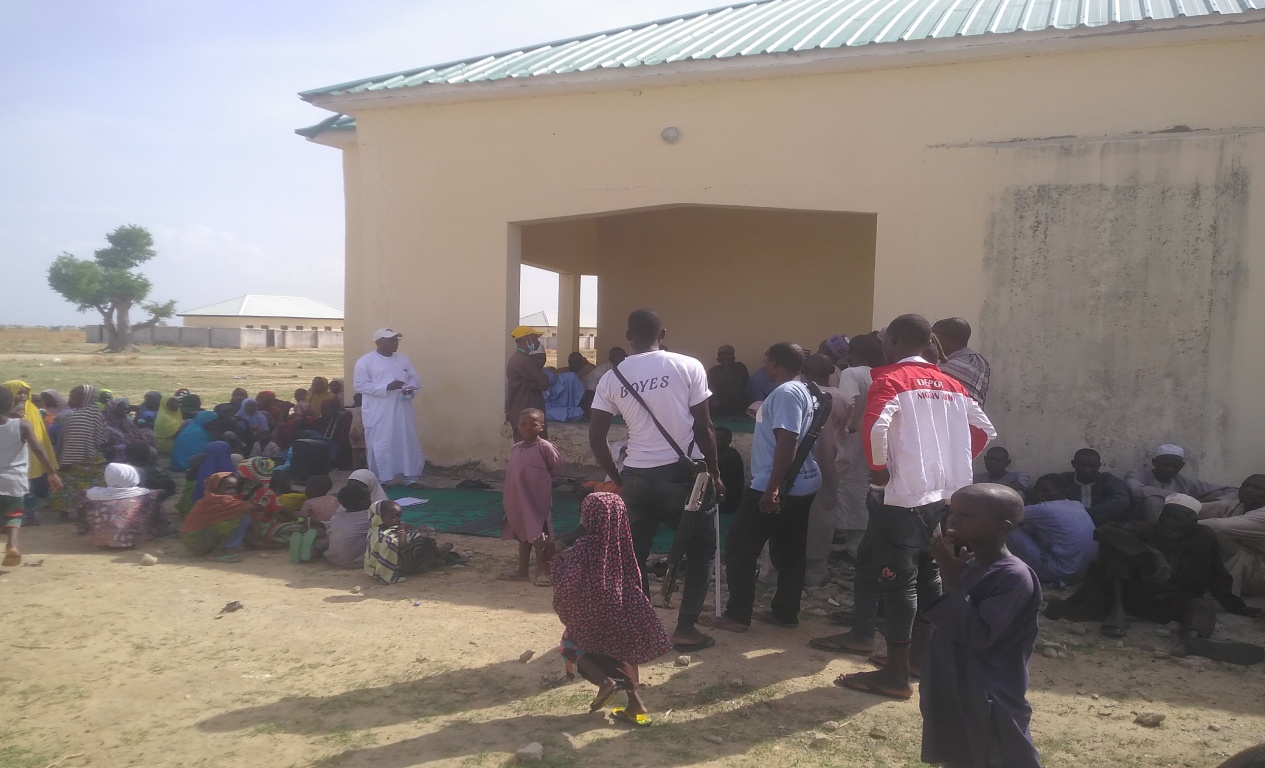 A photograph of people from the community during the awareness campaign

The program commences about 2:30 pm with opening prayers from the chief imam of the community, after which the head of the community Bulama Ari gives an opening remark. The outreach officer presented an awareness lecture on the importance of trees to their community and how to sustain the trees after planting, it was an interacting lecture where the members of the community also developed new methodologies from his ideas. After that, the Deputy Director of Research and planning also presented a lecture on Climate-smart farming and the agro-metrological method to be adopted by the farmers within the community. 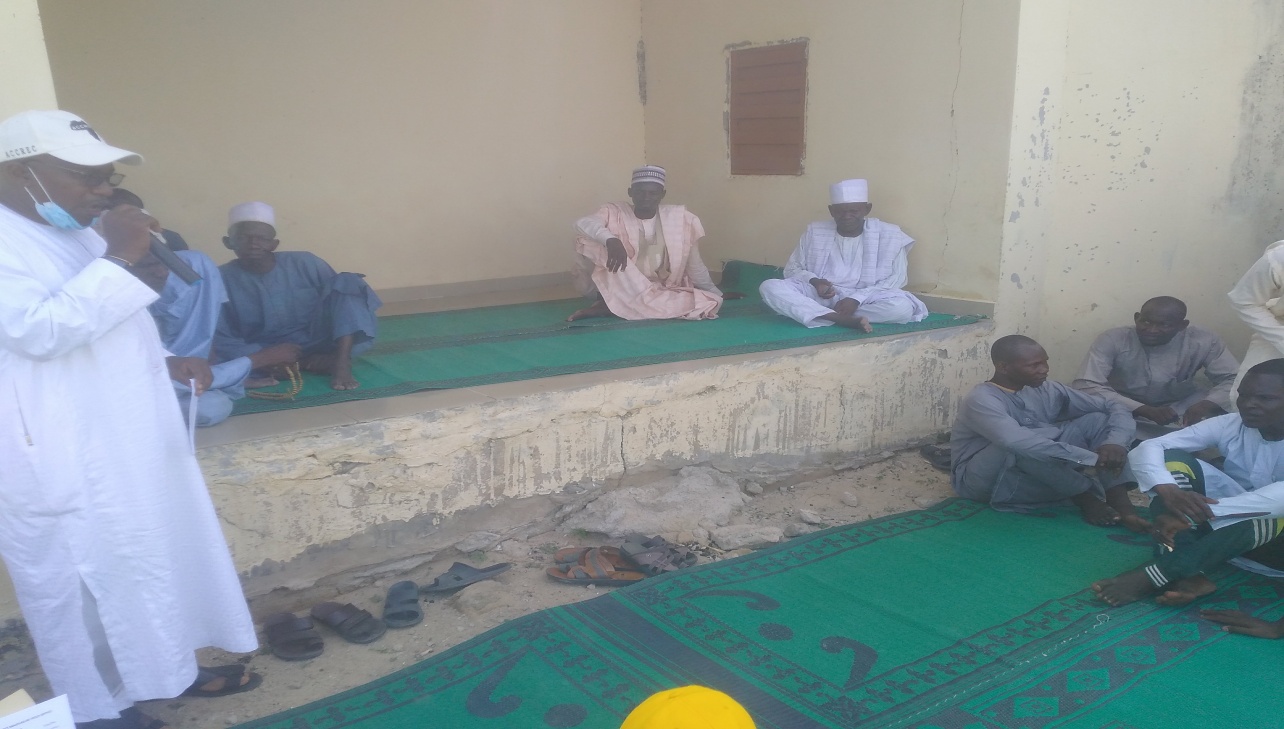 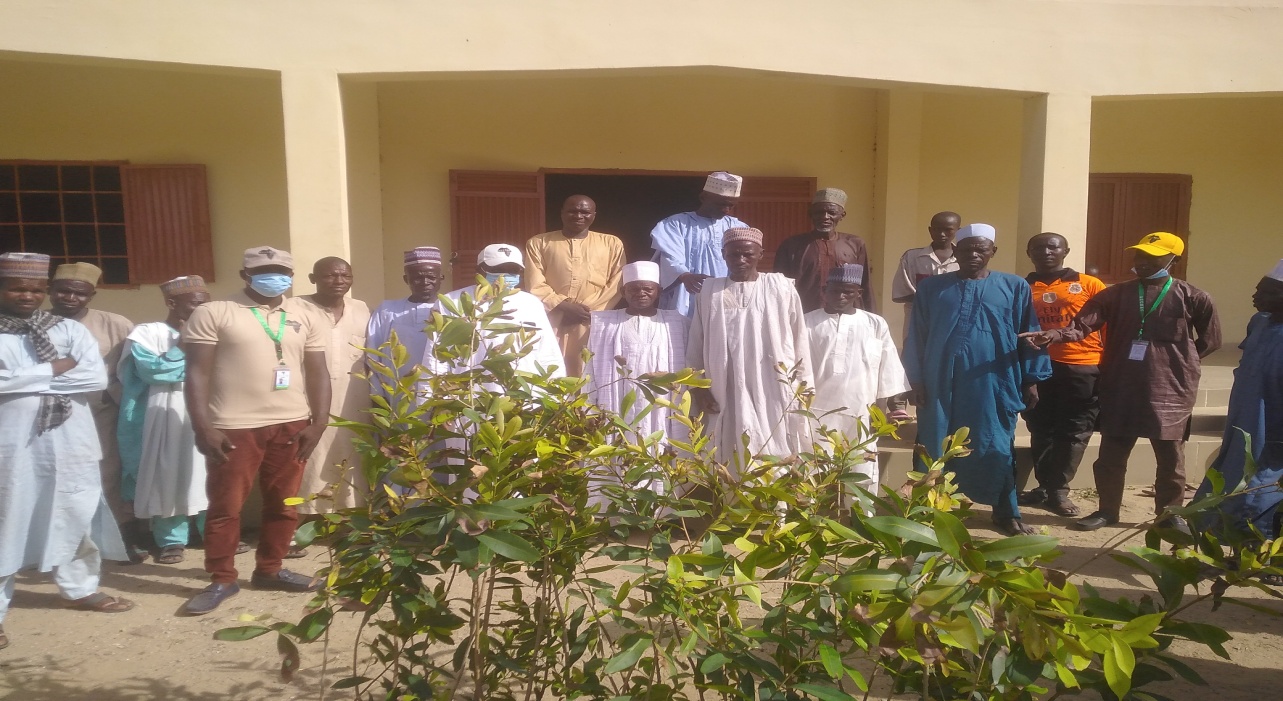 The program was rounded over about 3:30 pm were the ACCREC team with the Head of the community briefly inspected the trees that were planted 0n 2018 at the community primary school and those planted within the community 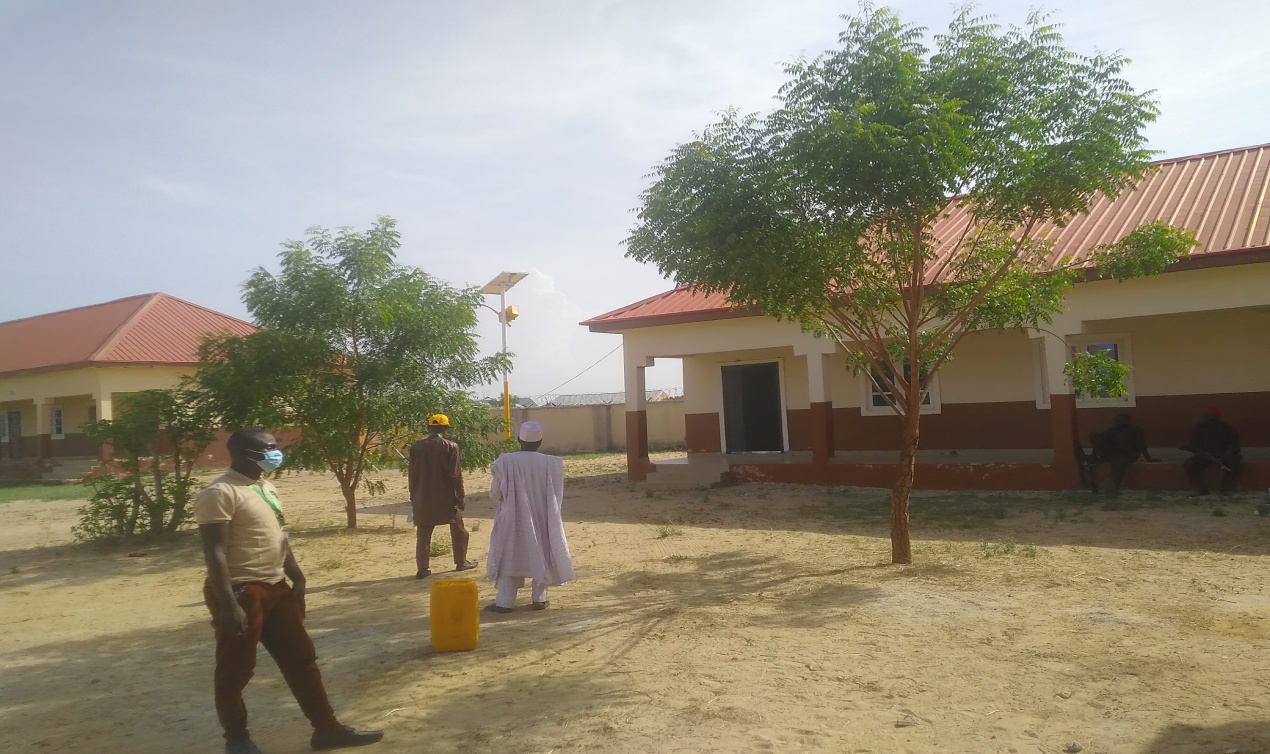 Report was written by:

Head of Extension, Statistics, and Documentation.